My summer adventure is over. No more flights, overnight busses, overnight trains, ferries, sleeping on public transport, sleeping at airports, sleeping in hostel dorms with 9 other people.. for now. Of course, without a single doubt in my mind, it has been the greatest summer of my life and I wouldn’t have done it differently (despite the string of struggles towards the end there…). Each moment was an experience, each experience a lesson, each lesson life-long.

In my nearly 3 months of straight travel, including the little trips I made during my first semester abroad, I have visited 61 cities within 21 countries. These numbers astound me. I had always set out to travel as much as I could this year but I just cannot believe I’ve already seen this much of Europe. I remember feeling a sense of disappointment, or even regret that I missed out on certain places or countries and had to return to Madrid knowing that I probably wouldn’t get ample opportunity to travel whilst doing my final semester of university here (…idiot). This mind-set did a complete 180 when I actually took the time to reflect on all that I had done this year. Not bad, Angelica. Not bad.

If I were to recap all of my adventures thus far, it’d probably end up becoming a novel rather than a little blog post and I really don’t have that much time at the moment (I should actually be doing a uni assessment right now … shhhh) but I can, however, narrow it down to my favourite highlights of my summer adventure just for you guys.

A question that I’ve been asked at, I’d say a solid 100% of the hostels I’ve stayed at whilst meeting fellow travellers is, “Where has your favourite place been so far?”, and every time I get stumped. One does not simply choose a favourite. However, the same handful of cities always seemed to come to mind. 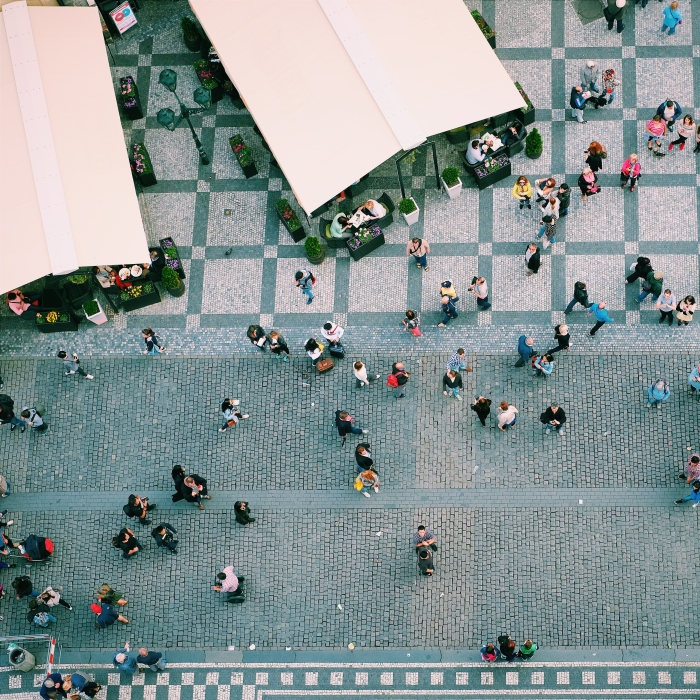 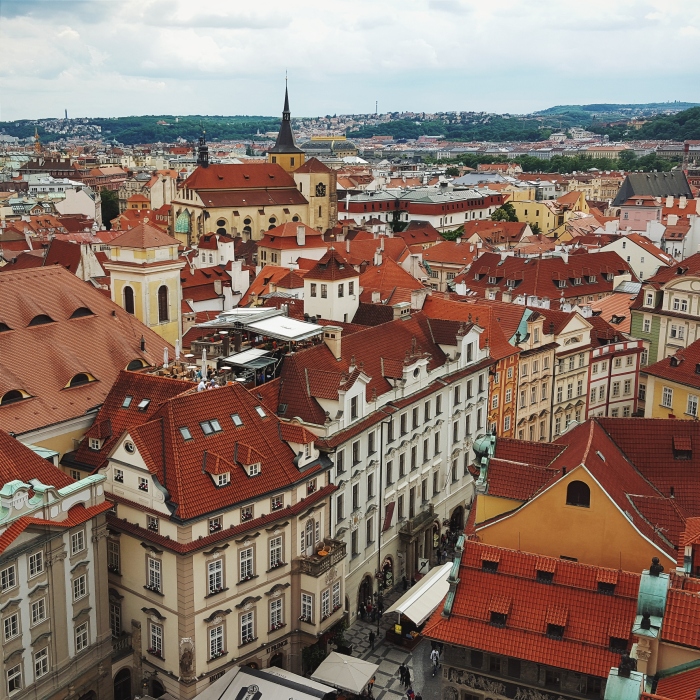 Prague, Czech-Republic
The most charming little city I’ve ever visited. Overlooking the number of tourists, this city has so much to offer. Oozing with history and character, I couldn’t get enough of it. I was traveling solo but wandering the cobble-stoned streets and laneways on my own was enough to win me (I swear I’m not easy). Now, I didn’t do anything particularly exciting but the quaint city made an impression on me. 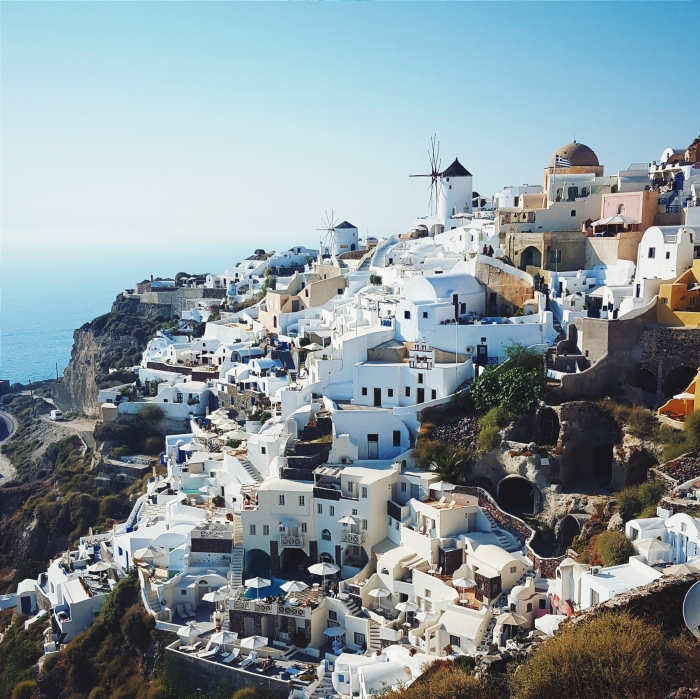 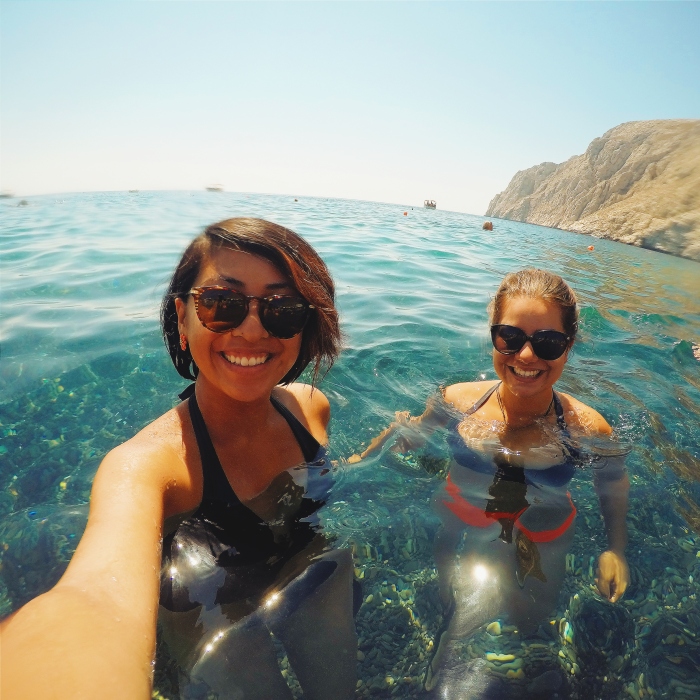 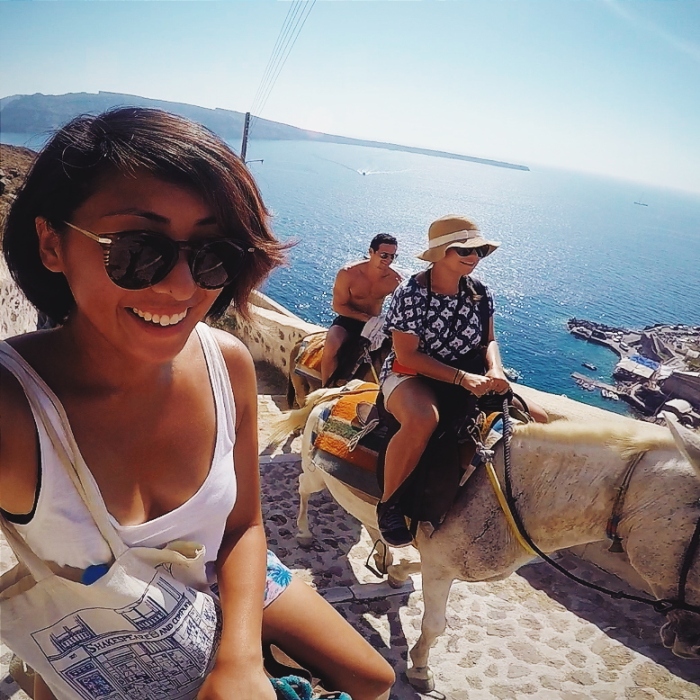 Santorini, Greece
Pure bliss. This was the number one place I HAD to visit while I was here and it did not, in any way, disappoint. Cheap delicious feeds, crystal clear waters, incredible views (!!!!). Trust me, it’s as breathtaking as it is in Sisterhood of the Traveling Pants. The donkey ride was scarier than I thought though… (video coming soon), but definitely needed after the crazy hike from Fira to Oia  (9.5km in Greek Island summer heat) joderrr! 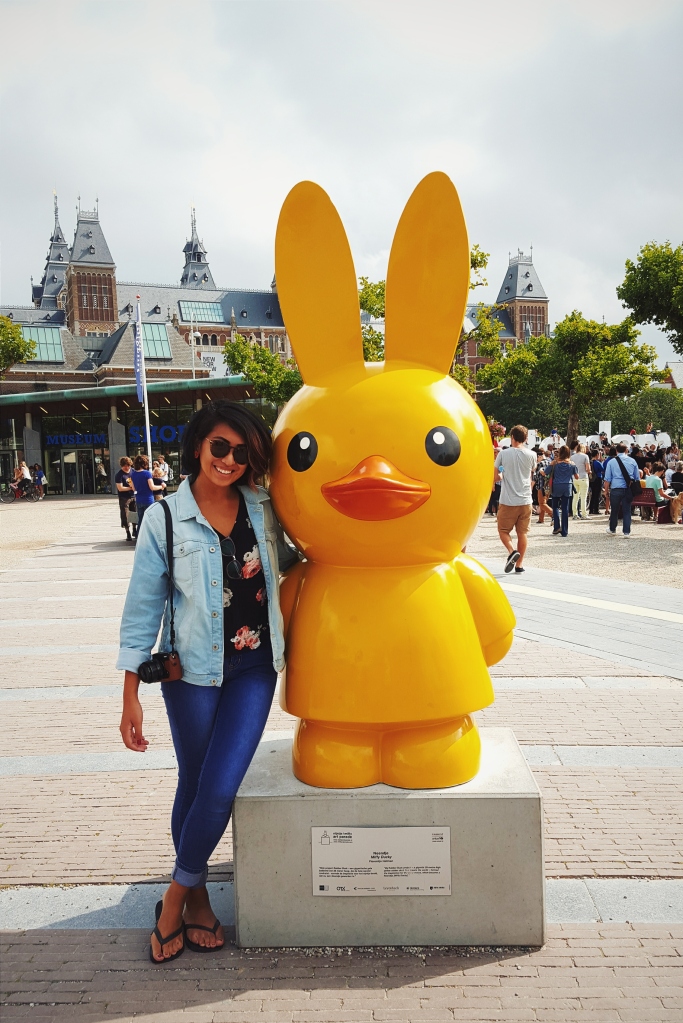 Amsterdam, Netherlands
I think you all know by now that this is where I want to live. The city gets me. The vibe, the architecture, the art, the lifestyle, the culture, the fashion; It just gets me. It doesn’t even need explanation. And this is despite being forced to wear Havaianas everyday in the cold and rain. Nads and I wandered the canals, got cultured at the Van Gogh Museum and the Rijksmuseum, ate our weight in chips (or tried to) and did the Red Light District pubcrawl (twice!). 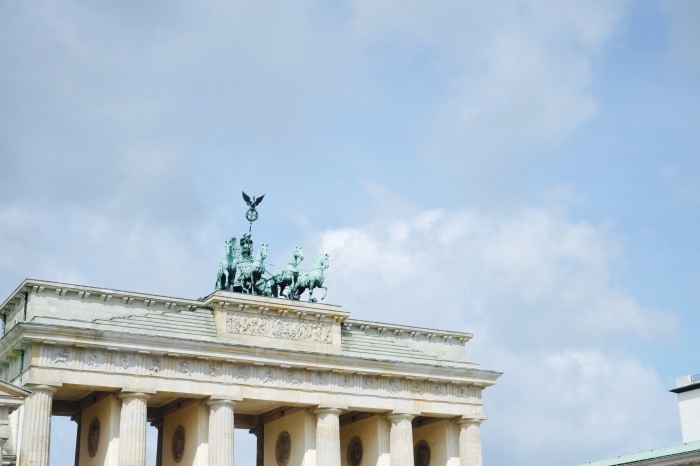 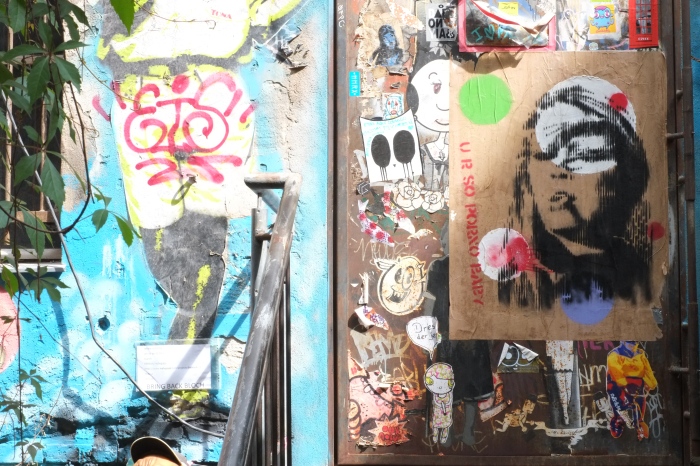 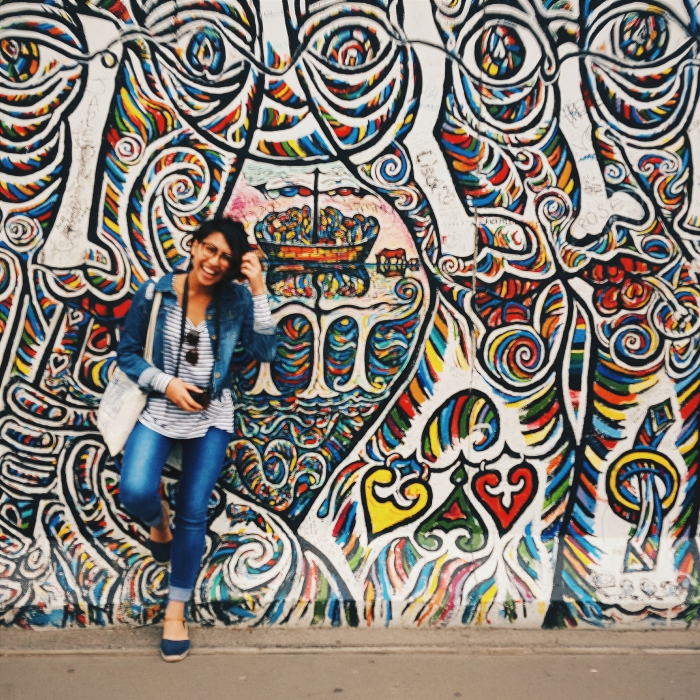 Berlin, Germany
Too cool. I took the Alternative City walking tour and my goodness, Berlin you are too cool for school. The street art scene, the underground bars and clubs, the culture, the laidback creative vibe of it all AND the history that envelopes it. Need I say more? I was fortunate enough to meet up with Maddie from UTS who is on her ICS in Berlin and went out with her uni friends who showed how it was done. Little sleep was had. 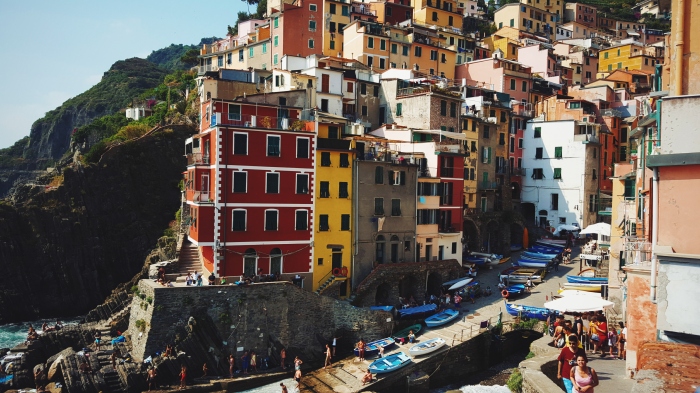 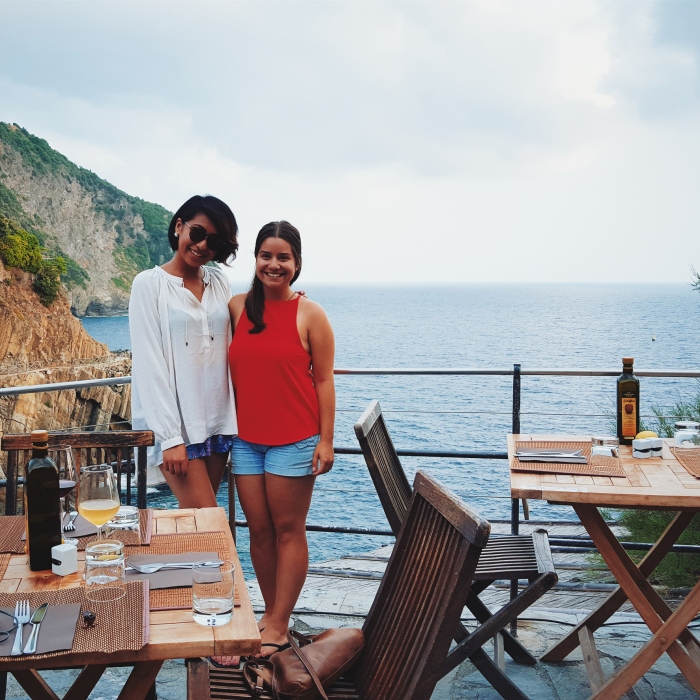 Cinque Terre, Italy
A string of colourful tiny villages along the Italian Riviera. That in itself sounds perfect. We had a clear view of the ocean from our balcony in Riomaggiore, had an authentic italian dinner on the cliff edge, and almost passed out from physical exertion hiking from one village to the next but the sights were more than worth it. Everything was picturesque. 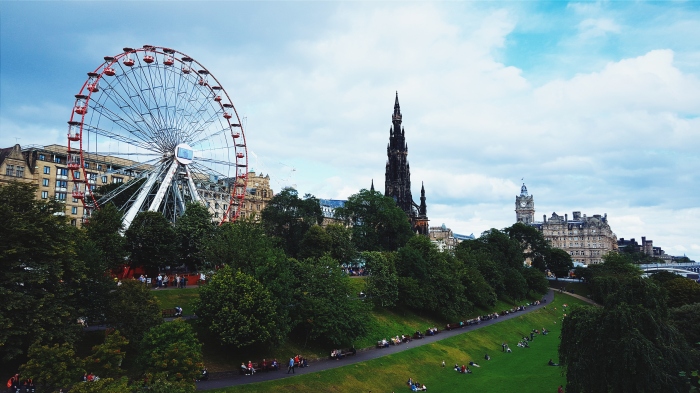 Edinburgh, Scotland
Mic and I planned this perfectly without even knowing it. We landed smack-bang in the middle of the annual Fringe Festival. It was so good that we extended our stay for an extra two nights. Incredibly talented buskers left, right and centre (can I just say, I never buy their CDs but I ended up buying 3 (!) – the irony is that they were from Australia and New Zealand), hilarious comedy acts and the fooooood. Well done. Everyone was so welcoming and friendly and the city itself had a particular allure to it. 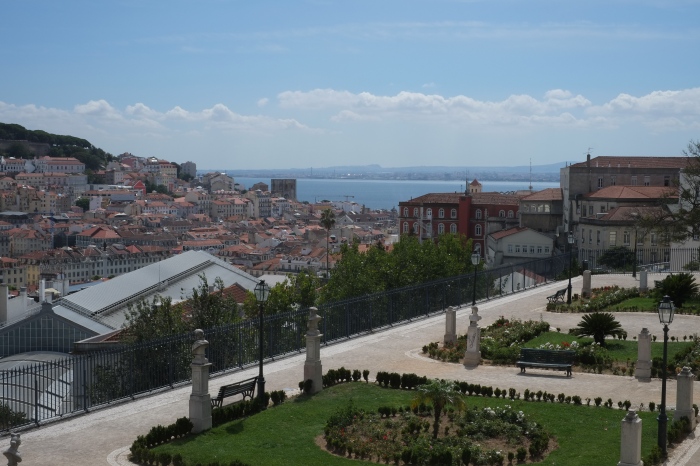 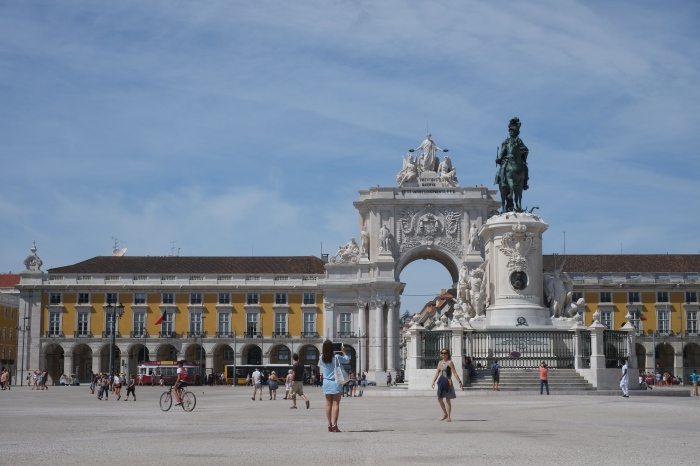 Lisbon, Portugal
Again, so good that I ended up coming back for round two. Being honest, I have Yes! Hostel, to thank. I can say with complete confidence, best. hostel. ever. (and I’ve stayed in a lot of hostels). Of course the city itself is amazing. Little streets, beautifully tiled buildings, right on the water, pumping night life, lots and lots of sun; what’s not to love? 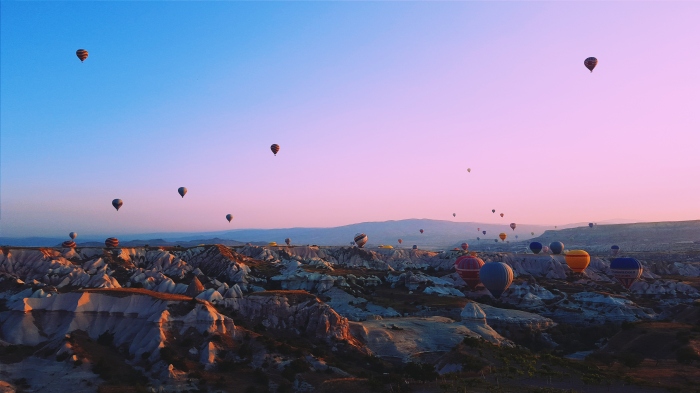 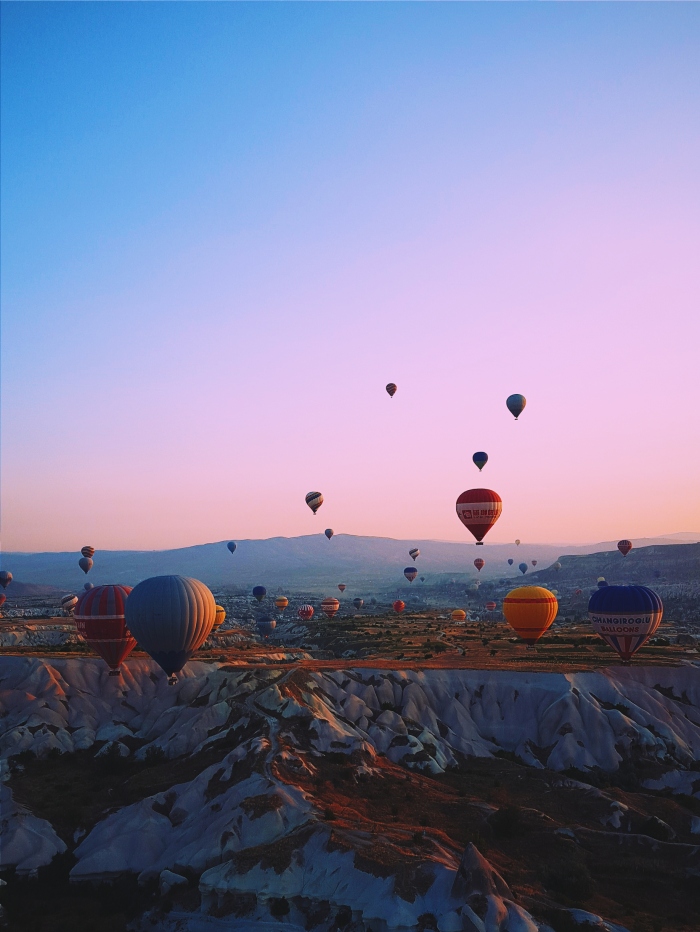 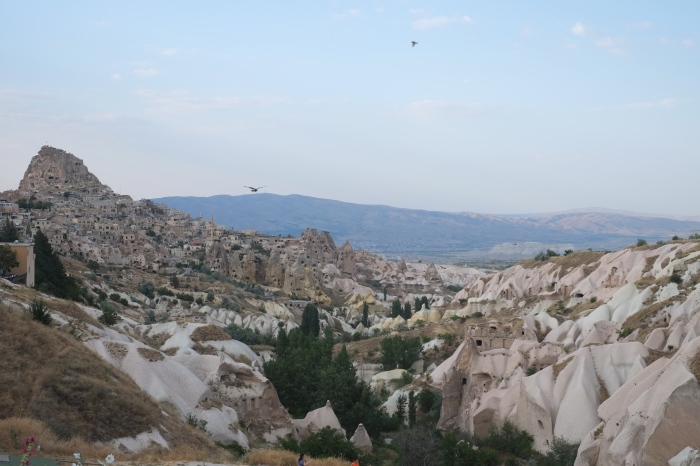 Cappadocia, Turkey
A quick one night, two day trip from Istanbul solely to do the one thing I really had planned for Turkey – the hot air balloon ride. It turned out to be so much more. Turkey is gorgeous and I wish wish wish I dedicated more time for the rest of the country, but what I did see was amazing. The landscapes are so unique, and so are the stories behind them. The actual balloon ride itself was simply incredible. From getting picked up at 4am, watching the balloons inflate, those first moments lifting off the ground just as the sun was coming up over the horizon and the sight of countless other balloons rising as well. Wow.

The people I shared them with significantly influenced these experiences. Like I’ve mentioned before, meeting new people is one of the best things about traveling (IMHO) and lucky for me, I’ve maintained some of these friendships #4eva.

I’m sad that it’s over but I’m so happy that I lived it. And really, there will always be a reason to come back.